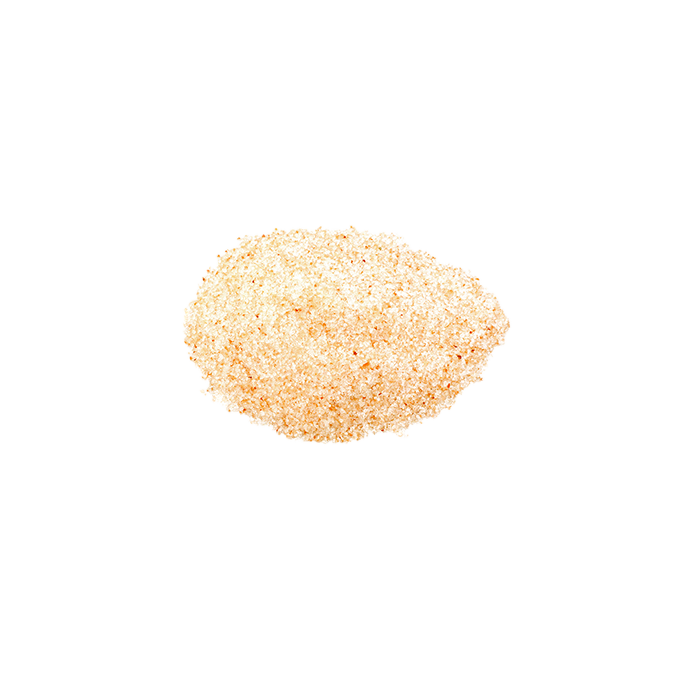 Not all sodium sources, however, are created equal!! Unlike table salt, Himalayan salt is not refined. Beyond sodium and chloride, Himalayan Pink Salt is a great source of trace minerals. In fact, these minerals (especially trace amounts of iron) are what give Himalayan pink salt its distinctive pink color[*].

This is a fine ground of large crystals of Himalayan Pink Crystal Salt. The salt crystals come in various shades from colorless and transparent but usually from pink to dark rose. It is a holistic, natural form of salt crystals, pure living salt. The salt was subject to tremendous pressure when the Himalayan Mountains formed. The crystals have 84 minerals locked within and can be readily and easily absorbed and metabolized by your body.

Pristine primal oceans of our planet, for hundreds of millions of years, through the continual and unrelenting outpour of energy from the sun were slowly evaporated. This left behind a vast energy potential locked within the original salt. Then, surrendering to Nature’s creative impulse, the salt was overcome by the heaving Earth as the Himalayan Mountains vaulted to the heavens. Subjected to tremendous pressure, forces beyond imagination, as the mountains heaved and swayed, the salt fused together into veins of pure, diamond-like crystal.

For over 250,000,000 years the salt remained untouched, until now. Recent biophysical research with the salt, coming from an exclusive source in the Himalayan Mountains, revealed that hidden within the geometrically perfect crystals were 84 essential minerals required to sustain human life. This salt is a virtual ocean of energy! This salt is the original Himalayan Crystal Salt with which extensive research was made and published in the book Water & Salt, The Essence of Life, by Dr. Med. Barbara Hendel and Peter Ferreira. It’s place of origin is the Himalayan mountains in Pakistan.